Below is an email we sent out in November about closing Lot 2.

Last Saturday, we were sitting outside Lot 2, waiting for food to go, when we told our son Franklin we were closing the restaurant. He breathed in sharply and immediately started drawing. The sign with the Lot 2 logo, the blue gate, the french doors. He draws to process, but maybe also to preserve, hold a moment in time, steady a big feeling by putting it down on paper. He’s a perfectionist so he tried to get rid of his first drawing, but I kept it. He made another, which is propped up now on the old wooden dresser when you first walk into the restaurant.

I’ve been trying to write this email, telling you all that Lot 2 is closing, for about two years. All that time to think about it should make it easier to write, but it doesn’t. It’s very hard. We’ve been running a limited version of Lot 2 for a while now, which I’m sure has been frustrating and confusing to many, and also makes this email perhaps not surprising. We have been using the space primarily as a commissary kitchen for Southside, our seven day a week coffee shop across the street. We are in the Lot 2 space every day– baking, cooking, cleaning, working. And one night a week we’ve been able to serve dinner, or as Danny calls it “play restaurant.” It was an unconventional way of doing things, but it worked for us. It allowed us not to give up entirely on something that has meant so much to us.

But behind the scenes there has been a lot to deal with. Running a restaurant is hard work on so many levels–physical, emotional, and financial, to name a few. We’d need a longer format than an email to explain it all. But as an example, for two years the sewer line in the basement of Lot 2 backed up after pretty much every service. Danny had to get in there and unclog it every time. He put an enormous amount of effort and money into trying to resolve the issue until one day when the pipe completely collapsed. Though that particular problem was eventually fixed, it provides a useful metaphor. You can have a dining room full of everything you love and hope for in a restaurant, but underneath it be working desperately to keep it all from going to shit.

We have now simply run out of money for Lot 2, and we just don’t have the hustle, drive, or energy to get it back up and running to the full potential it would need to be sustainable. We have found we can really only focus on one business, Southside. So we’ll be moving the baking program into Southside and closing Lot 2. There are two Saturday services left, this week and next.

It’s very hard for us to imagine our lives without Lot 2.  Danny and I met there in June 2009, when it first opened. In our payroll system he’s employee ID 3 and I’m employee ID 5. We’ve had 66 employee IDs total. Danny and I were married by the french doors in 2011. The next year Ben Jones made Danny a partner at Lot 2, and later at Southside. Just like I’ve never known Danny without a beard, I’ve never known him without Lot 2. What will we look like to each other without it? What will we fight about? Worry about? Whose fridge will we raid on Sundays? We are in the space every day, often with our two children right there with us. It’s our living room, our kitchen, our office, our home. But it’s not just ours. Far from it. It’s a meeting place for us all. A place to connect and recharge.

During the pandemic I remember saying that things wouldn’t be truly back to normal for me until our family, Danny included, was sitting down to Sunday Supper at Lot 2 together. I’ve been thinking recently that even though it’s very sad that won’t happen, it just means we have to find a new Lot 2. A place where we are also regulars, where we all feel comfortable, and taken care of, and known, and well fed. I hope the same will be true for all of you. Maybe it’ll even happen in this very same space (now that it has a new sewer line!). Wouldn’t that be wonderful? We all need a neighborhood spot open many days a week, to find community and comfort in. We’ve been so lucky these 13 1/2 years to get to know you all, not just as customers but as people, and to count you as friends. We will miss you. We hope to see you at Southside, or perhaps sitting next to you at a table as fellow diners.

So, if you’d like to sit in Lot 2’s imperfect but inviting dining room, be served by the most wonderful human beings, who we will miss more than anything– Delano, Kevin, Greg– and eat food prepared by super talented cooks– Vidal, Danny, Khavon, and Allie– these next two Saturdays will be our last. It might be busy, it might be messy, we might run out of space. We hope it’s tasty and celebratory. We hope you’ll be there. 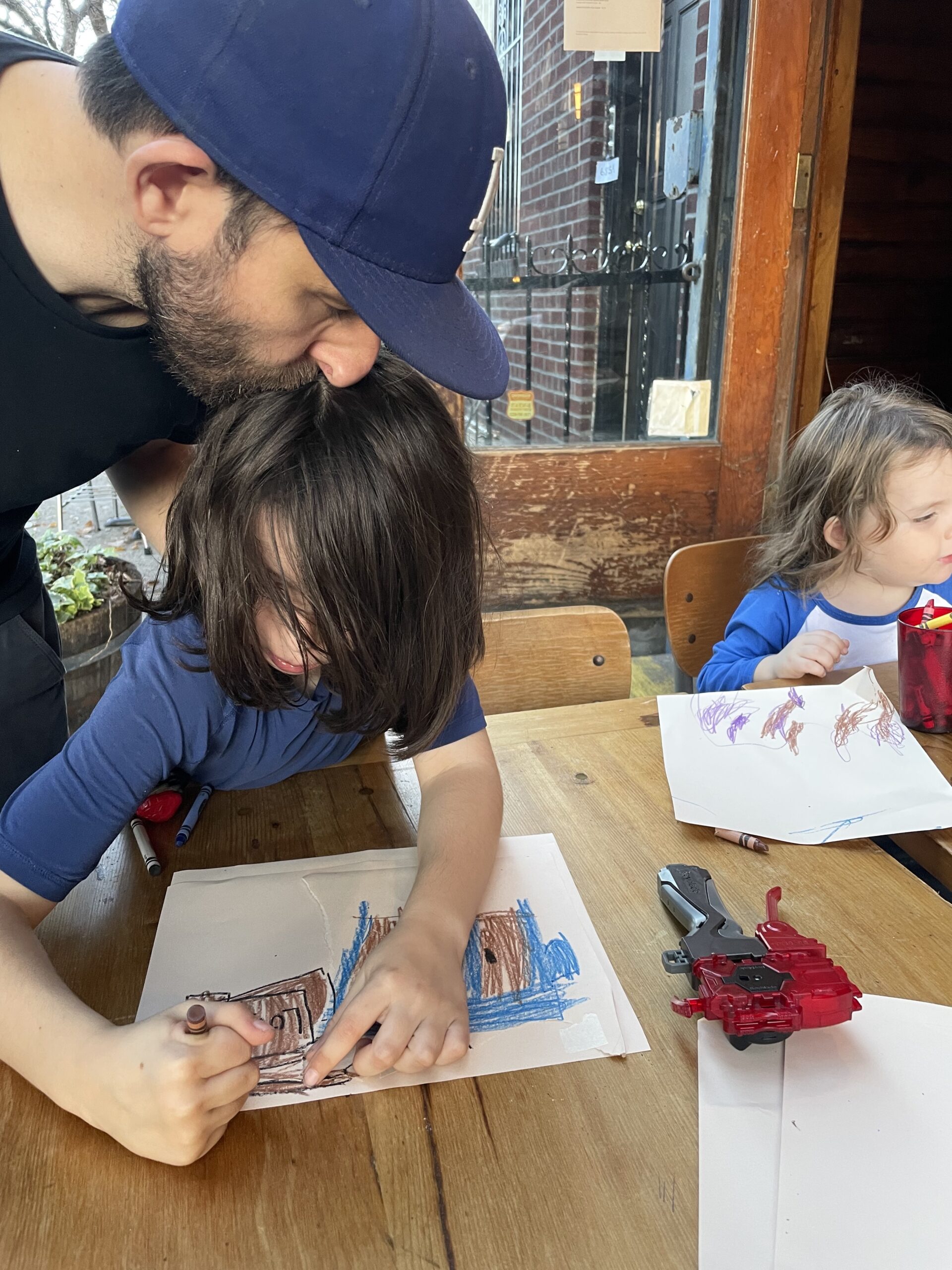 Flowers in Your Glass by Rosie Schaap. Featuring the Brooklyn Sunrise by our very own Dawn Kinstle.
READ MORE